‘Jiu Jitsu was the tool that God used to change my life and my commitment is to show this gentle art to change other people lives.’ 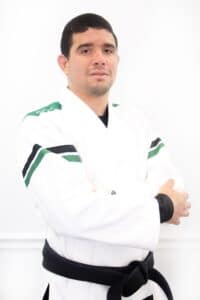 Roniel Costa, was born in Aracaju/SE, Brazil. He started training when he was 19 years old through a social project called “ Associação Leão de Judá ( Lion of Judah Association ).” After years of training, he became vice-president of the association and led the Jiu Jitsu. As vice-president, he helped many in the community of Ceilândia in Brasília. Many children were able to travel within Brazil, as well internationally to Abu Dhabi and Argentina to represent the association.

In 2014, Roniel and his wife, Victoria, were invited by Professor Bruno Bastos to come to the US to train under him and represent his team, LEAD BJJ. During this time, he resided in Monahans, TX where he was able to share Brazilian Jiu Jitsu with the community of Monahans. Several of his students have become world champions in the sport. Professor Roniel Costa was promoted as Black Belt under Sensei Bruno Bastos in Dec 2016.

In 2017, Roniel moved to Northern California and started teaching and training at THRIVE BJJ in Pacifica, CA under OJ Domingues where he increased his teaching knowledge. In 2018, he was invited to be part of the competition team at Ralph Gracie Team in San Francisco, CA.